Maisie Williams has been busy. The actor and filmmaker, who rose to fame as part of the Game of Thrones ensemble, has emerged as one of Hollywood’s most versatile talents. Post-Thrones, Williams has co-founded Daisie, a social media platform for creatives, collaborated with partner Rueben Selby on his debut ready-to-wear collection (In)visible Barriers, and played punk legend Pamela Rooke in Danny Boyle’s forthcoming Sex Pistols series. The breadth of her creative output makes her latest project all the more enjoyable. As H&M’s new Global Sustainability Ambassador, Williams unites with the mega-brand on a series of initiatives dedicated to creating a sustainable fashion future. The partnership, which will continue throughout 2021, occurs in both real life and online, to reach as many people as possible and encourage them to recycle and reuse their clothes instead of tossing them in the trash.

Celebrity partnerships with fashion brands have become commonplace, but Williams was only interested in lending her name to something that could initiate change. She was intrigued by H&M’s pledge to ensure that all the fabrics they use are sustainably sourced or recycled textiles by 2030. “H&M reached out and expressed that they wanted to make serious changes within their company and work towards a more circular fashion loop,” shared Williams on the phone from London. “It’s important for corporations to take that leap [so] I was so curious. After I was able to sit down with some of the team at H&M and hear more about their concrete goals and what they’re planning to do, I realized it wasn’t this pipe dream. It’s something real that they’re dedicated to implementing.”

For her first initiative, Williams worked to create a digital avatar who will make her debut in the partnership’s launch video and appear at multiple VR events throughout the year. The actor’s platinum-haired digital twin was created by the animators at Goodby Kansas Studio, the VFX geniuses who brought a digital Keanu Reeves into the Cyberpunk 2077 game and turned back the clock in Paris for Wes Anderson’s upcoming film The French Dispatch. For Williams, the process of creating an accurate digital representation was an experience in itself. “We did these full-body scans to see all the different muscles moving in my face and every strand of hair,” she explains. “Then I got to work on her image, pick her hair color—we made her blonde—scale up and down on the makeup and go back and forth on the colors.” Even the fashions received a virtual tweak. “It’s the outfit I wore in real life, but they took it and made this computer-generated, over the top version,” says Williams

First stop for William’s avatar? H&M’s newly launched Looops Island in Animal Crossing, Nintendo’s juggernaut simulation game.  The platform has become a fixture within fashion, with luxury labels like Valentino, Marc Jacobs and launching pop-ups and recreations of their looks in the Nintendo Switch game. H&M’s version offers something different. Users are able to recycle their game outfits into new ones using an online version of Looop, H&M’s in-store garment-to-garment recycling system. Currently available at a select locations, the virtual version gives everyone a chance to experience the technology.

For Williams, an avid gamer, the Animal Crossing component was a bonus. “I’m obsessed with it,” she says of the game. “I discovered last year that it was a great place to buy virtual clothes and get dressed up sustainably. I think we’ve all used gaming and the internet to escape this year, and it’s truly influenced our lives. Virtual fashion is such an exciting new concept, so it’s a win-win situation.” Equally advantageous the virtual meet and greets Williams will be conducting alongside H&M’s Global Sustainability Manager, Pascal Brun. The first, which takes place on Looop island on the 13th will be a chat about recycling and circular fashion.

Williams has also experienced the fun of Looop in real life, creating a purple scarf out of recycled material and wearing it throughout her promotional appearances for H&M. The accessory, which will be available virtually, underscores how personal the H&M project has become for the actor. She’s currently in the process of remodeling her first home and using only recycled materials to do so. When she shops, she tries to buy second hand, and to give away or donate what she no longer needs. “A huge part of what I’ve been doing during lockdown is just trying to minimize the things that I have in my life,” she says. “It’s about being conscious about how you’re consuming and when.”

Though a large portion of her first H&M initiative exists online, Williams is eager for people to take the lessons they learn playing virtually and bring them into the real world. “What’s so incredible is that this is something that exists,” she says. “I hope that as people are playing this game and recycling their clothes online, they can make the connection between what is happening [virtually] and what they can pick up off a shelf in a store.”

Maisie has been on set of her upcoming TV Show “Pistols” I have added images to our gallery, enjoy 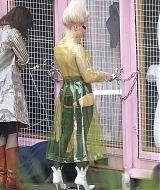 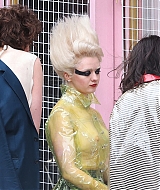 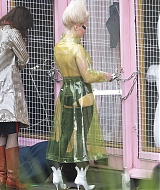 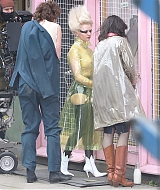 PINK NEWS– Game of Thrones star Maisie Williams has said she is “excited” to play a queer superhero in love in upcoming X-Men spinoff The New Mutants.

The film will feature a relationship between superheroes Rahne Sinclair (Williams) and Danielle Moonstar, played by Blu Hunt.

Speaking on a panel at Comic Con @ Home, Williams spoke of the importance of representing same-sex love on-screen.

“It was really wonderful to be able to see a relationship look like this,” Williams said.

“In the typically quite masculine world of superheroes, it was just lovely to see these two fragile women who just protect one another and bring light out in each other, but I’m glad that the fans are so excited for it because I think it’s really important to see relationships like this.”

Maisie Williams said her storyline in The New Mutants is a ‘really lovely love story’.

She continued: “I think at the heart of it is just this really lovely love story. It just brings it back to reality, I think.”

Meanwhile, Hunt spoke of her nerves at kissing Williams during a screen test for the film.

“You can’t imagine how nervous I am. Like, oh, I have go kiss Maisie Williams? It was very nerve-racking.”

Josh Boone, the film’s director, said the relationship is the “spine” of the movie.

I think at the heart of it is just this really lovely love story. It just brings it back to reality, I think.

“We just wanted to have them be characters that you fell in love with as they fell in love,” he said.

February 11 by admin Comments are off for this post

“Game of Thrones” star Maisie Williams is coming on board the 1990s-set thriller “The Owners,” directed by Julius Berg from a screenplay by Berg and Matthieu Gompel.“The Owners” is based on a comic book from the artist Herrmann mersin toroslar escort and written by Yves H. The film is produced by Alain de la Mata at U.K.-based Bluelight, and executive produced by XYZ Films, which will handle North American sales with Versatile handling international at the European Film Market at the Berlin Film Festival.

The film will shoot this spring in Kent, close to London, in an isolated Victorian mansion. The story takes place in rural England with two friends — broke and on the scrap heap at 20 — being spurred on by an out-of-town sociopath to rob the elderly local doctor and his wife. Williams will portray the girlfriend of one of the perpetrators who is dead set against the plan, which results in a deadly game of cat and mouse, leaving Williams’ character fighting to save herself from a nightmare she could never have imagined.

Williams is best known for her role as Arya Stark in HBO’s “Game of Thrones,” which premieres its eighth season in April. She appeared in “Early Man” with Tom Hiddleston and Eddie Redmayne and will next be seen in Marvel’s “X Men: The New Mutants” alongside Anya Taylor-Joy and Charlie Heaton.

“The Owners” is Berg’s first feature, following directing credits on the Netflix series “La Forêt” and the France Télévisions series “The Crimson Rivers.” Williams is repped by Louise Johnston Management (U.K.) and WME.

September 15 by admin Comments are off for this post

Maisie Williams has joined the voice cast of “gen:LOCK,” the animated series from Rooster Teeth.The news was announced mersin eskort at RTX London, the U.K. edition of Rooster Teeth’s expo, which is currently underway.

“Game of Thrones” star Williams will play Cammie MacLoud, a mischievous Sottish hacker and the youngest recruit to the gen:LOCK program. She joins a voice cast that includes Michael B. Jordan (“Black Panther”), who plays the lead character, and David Tennant (“Doctor Who”) and Dakota Fanning (“The Alienist”).

First look of Maisie in iBoy

January 11 by admin Comments are off for this post

Netflix has released new stills for iBoy which Maisie stars in playing the role of “Lucy“. iBoy will be released on January 27! 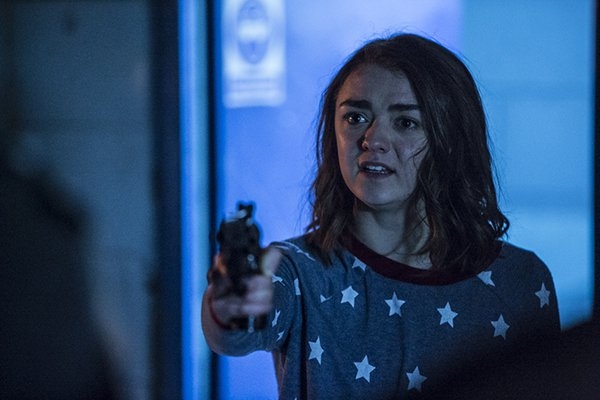