We are calling it, Two Weeks to Live will be THE TV addiction this autumn. With Maisie Williams and Fleabag’s Sian Clifford starring in it, the comedic timing is perfection, so strap yourselves in for the comedy action series that will arrive on Sky One and Now TV this autumn. 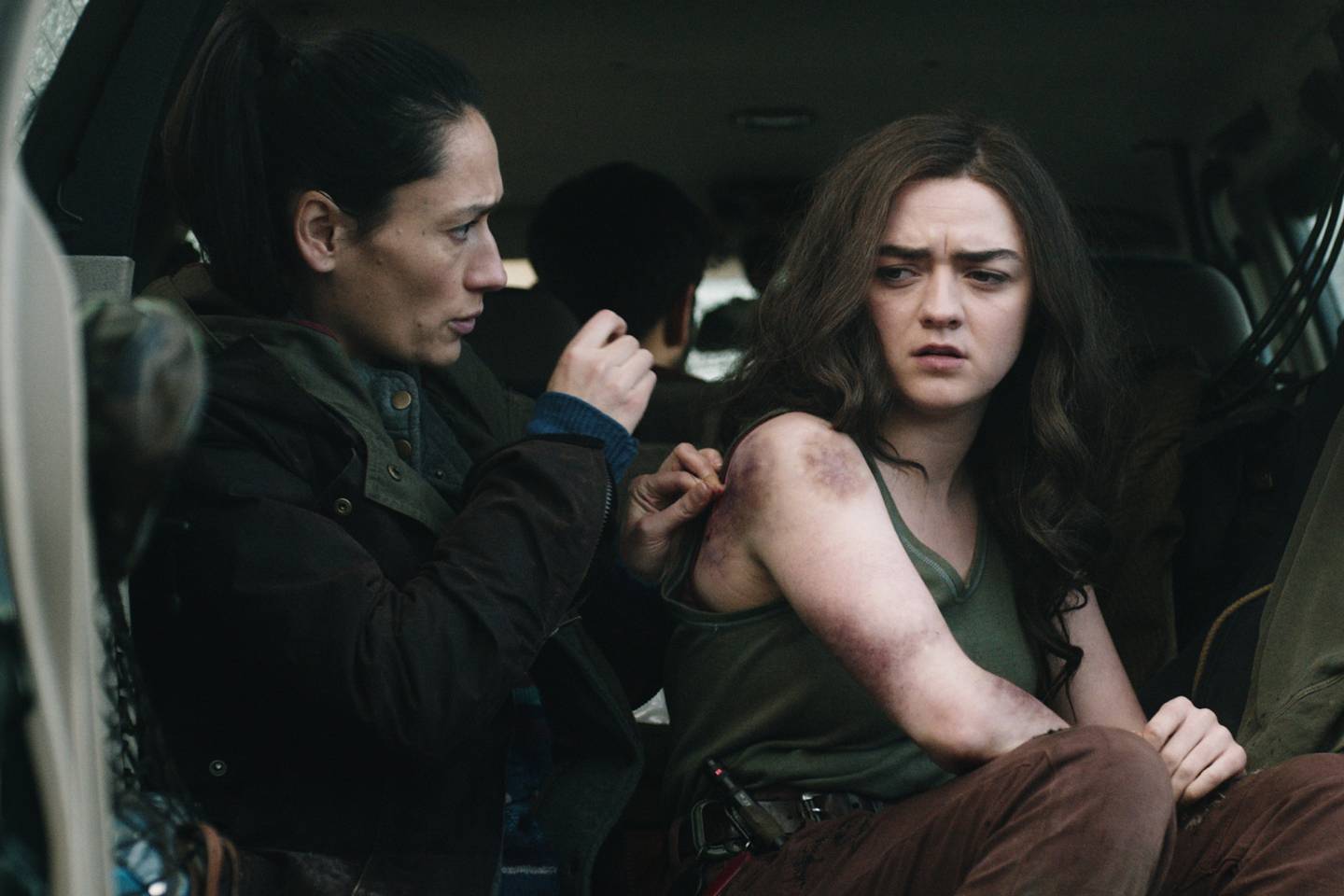 Maisie stars as Kim, a young girl who watches her father die under mysterious circumstances and is taken in by her mother Tina, played by Sian, to live a remote isolated existence. The pair become survivalists as Tina tells Kim of conspiracy theories that the outside world is a dangerous and petrifying place.

Whilst the safety of this rural life is enough for Tina, her daughter has other ideas and as she escapes to the real world and finds herself on her first night out – heels and all – in a proper boozer. Things take a turn when she meets brothers Nicky (Mawaan Rizwan) and Jay (Taheen Modak who will SLAY you with his one liners). The pair prank Kim and pretend the world is ending in two weeks. With that in mind, Kim sets off to avenge the death of her father.

The action that ensues is nothing short of side-splitingly hilarious as the group unite and go on the run, not only from some scary AF gangsters but the police as well. But what the gangsters and the police don’t account for is Kim is well-versed in badassary after a childhood shooting guns and learning how to survive. 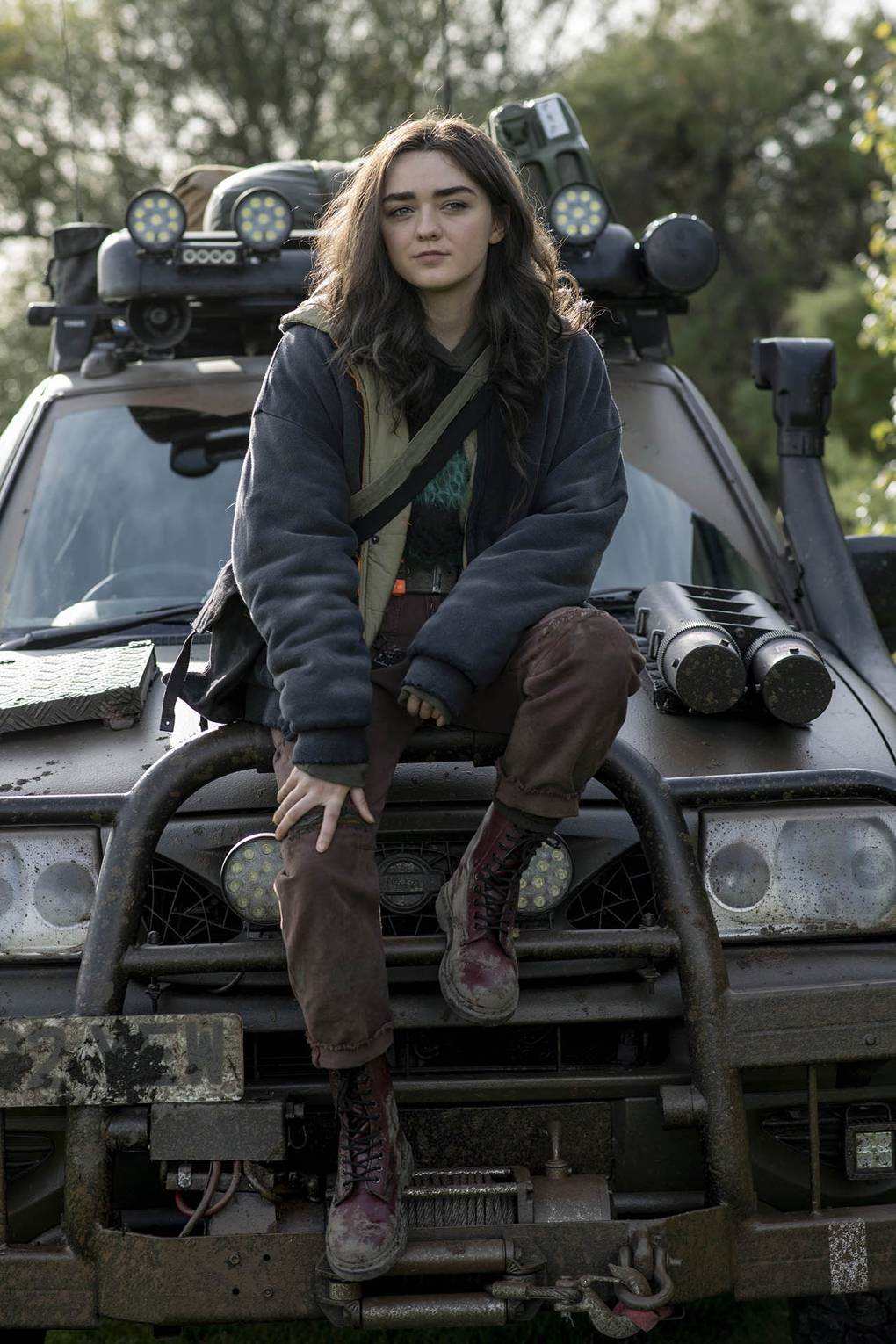 Before we go any further, we need to talk about how incredible your comedic timing is Sian and Maisie you are SO funny in this, you had me laughing from scene one…
Sian: Stop it! Don’t stop! I am just so grateful you think I do! I am a neurotic actor, like most, and I don’t want to dive down a hole of self-deprecation, but I grew up doing musical comedy where my heroes were people like Imelda Staunton. But I am not a technical actor at all, I am not strategic about it, it just happens and its mostly just down to the writing!

What drew you to Two Weeks to Live in the first place, Maisie?
Maisie: It was a really sad story and it was a really sad journey for this girl, but it was also really funny. But even in all of this combat training and fighting, I thought that it was still really humorous. It was so much fun! I don’t think that I have ever worked on a set that was just so freeing and so smiley because the content that we’re shooting is lighthearted and fun, everyone needs to be able to have that fun on set and feel like they’re not being judged. So, the crew were just smiling and laughing and Al, our director, made sure that there was just fun and games going on at all times. For me as an actress it was the first time I got to be on a set that was like that because on dramas everyone’s just very morose. I felt like as an actor I was drinking in this new world of comedy that I had never really got to be a part of before.

What were the funniest moments on set?
Sian: There were so many! When it was the four of us on set together, they were the best days – we’ve become so close! We would sing a lot with each other. We got into this competition of singing I Will Always Love You, the Whitney Houston version, and every now and then without setting it up someone would go for the ‘bark’ the massive key change moment and we would sing it in someone’s face. That made me the hardest when Taheen would go for the high note without any prior warning. Doing that early morning on set, freezing cold is why I do my job!

Maisie: There’s so many moments like that. Those guys were so much fun, and we really did the whole shoot together. It was just the four of us every single day. I just loved it. It was amazing.

Did the combat training give you new faith in the strength and power of your body, Maisie?
Maisie: I suppose it really does because I think like so many people, I struggle to do exercise, and because I can’t run very far or I can’t do these things, or I feel like I can’t, I always think that I’m weak. I think that reflects on something on the inside because I can’t run a marathon, which is not a big deal, you know? A lot of people can’t. But I think when I am doing fight scenes, I really can do it and I thrive. I’ll do it until six in the morning or however long it takes.

Was there a time when you were doing the stunts on set for this show where it went a little bit wrong?
Maisie: There’s a scene in a sleazy bar in the basement of this guy’s house, there were bottles of booze everywhere, we were throwing bottles and I think I got like three or four bottles on the head. I was really sad about it but when you’re on a film set, you don’t want to cry like a child. It was late and emotions were running high, but I was like, ‘I’m not going to cry because it doesn’t solve anything!’ The night after I was doing high kicks to the gangster, Jimmy’s chest and I really did clip him on his gold grill, on his teeth. Sian told me he was bleeding from his mouth – he didn’t cry so I am glad I didn’t cry the night before!

Do you think you could be a survivalist in real life?
Maisie: I think that I could live off grid and I’d really enjoy it, but the whole like manual labor thing I am not sure! I’d love to get away from the technology and my phone, and just sit in the middle of a field. But when it came down to it – I wouldn’t want to kill an animal, no way! I guess you could find lots of berries and things like that but if the field was looking a bit vast and barren, then I’d be crying. I would be so upset.

Sian: Everyone wants to think they are brilliant in an emergency and when one hits you are paralysed. Even with the pandemic you see people retreat or be super productive and for me, I retreated because of the time I was at in my life, I needed to. This has been a call to get back to basics. In our super high-tech world, we have forgotten about the beauty of simplicity in life. It’s brought everything into sharp focus. But in terms of nature, I love being outside, I loved filming the scenes in the woods and the cabin. It was pretty dire conditions for the crew rather than us. It was in December, it was really muddy, really cold and you couldn’t get cars to the top of the hill and they had to drag equipment up the hill, so it was much harder for them than us!

What did your characters teach you about yourselves as individuals?
Maisie: I was just going to say that I’m really scared of gun noises which is quite a normal fear, right? I guess, Kim really sees just the truth in everything and sees things for what they are and is almost very childlike in that sense. Whereas I am the queen of overthinking everything so to play someone who doesn’t think twice was really freeing. To just shut your brain up, do the scene, have some quiet within yourself, get outside of your head and just be in the room I think is a great lesson for me. And I hadn’t thought about it until you asked me that question, but maybe I should be doing a little bit more of that in my life.

Sian: Not to be so controlling! If you love someone let them go – all the classic troupes, she lives by. She needs to let Kim go, that she is old enough and wise enough for her get by on her own. I am so far from that world (of being a parent) still. It taught me not to be so controlling of each other and that goes both ways from child to parent and parent to child. Our families are the people who ruffle our feathers the most and the people we want to prove yourself to them the most and that doesn’t change no matter what age you are!

What do you think it taught you about your relationship with your parents and playing from this mother daughter relationship with each other?
Maisie: I think Tina is so hard on Kim, and my Mum was so accepting of me. Kim sees the world for what it is and doesn’t overthink things and pushes forwards whereas the outcome with me is that I am overthinking everything. With my Mum anything that I do will be enough and will be good enough and that’s really wonderful, but then you end up putting a lot of pressure on yourself, right? Because you’re like no matter what this person will be very accepting so then you’re just trying to please yourself. That’s probably why I’ve become so internal and everything’s become so internalized. But with Kim and Tina, it’s very different!

Maisie on the cover of Wonderland Magazine Summer 2020 Issue